The Xbox is an awesome console that is the Microsoft counterpart to the PS4. There have been many versions of the Xbox but today, the Xbox One is the most updated and famous version to date. This is because it significantly has a more graphics advantage over the Xbox 360, which is the previous version. On the other hand, the cheaper Xbox 360 can still be bought from some stores but many kids nowadays prefer the Xbox One due to the great graphics and faster processor.

Kids nowadays have more access to to technology so they will want something that has a better processing quality when they are playing games. The Xbox One has a ton of featured games that have their counterparts on the PS4 and the PS4 Pro.

Best Xbox One Games For Kids

We picked the following awesome Xbox One games that are meant for kids:

This combination of the LEGO world and the Jurassic World makes playtime a great experience. In this classic game, players can choose from 20 dinosaurs, including the triceratops, the T. rex, the raptor, the compy and much more. You can explore two islands: Isla Nublar and Isla Sorna, and you can use them in your Free Play missions as well.

It can be played with anyone due to the drop-in and out gameplay that is included in the set. It also gives you the key moments from all four Jurassic films.

This cartoon trilogy that started way back into the PlayStation games, as well as the old Xbox games, can be a great retro refresher for the parents and a new experience for the kids. It is made up of 3 games that have been remastered for the Xbox One:  Crash Bandicoot, Crash Bandicoot 2: Cortex Strikes Back, and Crash Bandicoot Warped.

Made by Activision, this enthralling game set is perfect for kids who want a platformer that is fun and exciting, as well as full of surprises. Join Crash and many other characters in their adventures.

A magical and exciting combination of various Pixar characters and movies, Rush offers a lot of different sequences and it is kind of like a mashup of everything in the Pixar universe, including Ratatouille, The Incredibles, Finding Dory, Toy Story, Cars, Up and much more.

There are many different puzzles that your child can solve in this fun game, which comes in remastered 4K Ultra HD for high definition gaming. The game is also in cooperative style to encourage children the value of teamwork. It also supports the Xbox Play Anywhere feature.

Made by Hasbro, this fun game collection has a total of 4 games, which includes Scrabble, Monopoly, Risk, and Trivial Pursuit. The classic game of Monopoly brings you a place that is set in a beautiful 3D world, which makes it enthralling and unique for kids.

The Trivial Pursuit game is made with unique question formats to challenge your little ones, while Risk is a great game for online matching. The Scrabble game is the title to play if you are looking for something that is more educational and vocabulary-building, in which you can test your word skills with new game modes for added challenge.

For the fans of the LEGO Ninjago movie, this is a good add-in to your collection. It is action-packed and it features the famous characters in the story, such as Lloyd, Jay, Kai, Cole, Zane, Nya, and Master Wu. You can join them in their missions to rank up and improve their skills!

The ninja characters in the game can perform different skills, such as wall-running, high-jumping, and battling the foes so that they can beat up the evil Lord Garmadon and his Shark Army. You can use it for up to 4 players as it features couch co-op for the game.

Take a trip to the magical world of Disneyland and customize your own Disneyland experiences such as on the rooms, various places and the like. It is your own universe so you can create and explore anything in this park simulator. It has 18 iconic attractions and very realistic characters.

There are many unlocked items you can have, such as Disney-themed items, and you can also take the challenge from the autographs and accept quests. There are many new locations and game experiences that have never been seen before on other games.

Forza 5: Game of the Year Edition

Dubbed as the “Gran Turismo” of the Xbox One, this awesome motorsport simulator has a total of 10 bonus downloadable cars that you can get into and customize, plus a total of 17 next-generation tracks on the disc that lets you race to your heart’s content.

The quality of the game is at 1080p resolution and 60 frames per second so it is very smooth in terms of graphics and racing. It also uses a lot of great textures and graphics engine, plus you can also check out various classic sports cars, modern imports and much more with this collection of cars.

Everyone’s favorite music game, Just Dance, is also on the Xbox One, and the very reason why many kids (and arcades) purchase an Xbox One. It is not only an interactive augmented reality game but will also get your children moving to the beat of their favorite songs.

Popular songs are often added, most of Ed Sheeran, Bruno Mars, Beyoncé, Katy Perry, and various other artists. There are also options to access 300+ songs due to the 3-month membership. It has various songs such as “How Deep Is Your Love”, “Don’t Let Me Down” and even artists such as Clean Bandit, Selena Gomez, Lady Gaga and of course, Luis Fonsi and Daddy Yankee with their super hit “Despacito”.

There are 100 billion possible combinations in this unique racing game for kids in which you can also have a variety of different team sizes and configurations. It is not only a single player game, but also a multiplayer one that can have up to 8 players at once. It also has a lot of DLC to purchase and there are many battle cars that are available for you.

The cool thing about this Rocket League game is that it has a 4-player split-screen mode that can bring about endless fun together with your friends.

If you want a game that is a mashup of different series, this collection of 30 iconic games is for you. It has 30 hit games that have been loved and cherished for the past 30 years from the Rare company. You can score up to 10,000 Gamerscore points and even go for the snapshot challenges.

All of the games, when combined together, form 700+ hours of gameplay as well as 60 minutes of behind-the-scenes content. The titles included here are Banjo Kazooie, Perfect Dark, Snake Rattle N Roll, Cobra Triangle, Beast Corps, Gunfight, Perfect Dark and much more.

As a family-oriented game, this bright, colorful, and immersive world in breathtaking 4K quality explores the world of Lucky and the adventures in a variety of worlds, places and going through various challenges and situations. It is good for kids when they want to enhance their exploration and thinking skills.

The colorful graphics can guide you upon your journey and there are also many fun characters that you can meet along the way. If you just want a single player game for kids who want to enjoy adventures, this is a good buy.

Get ready to mine with this classic Minecraft game that’s meant for the Xbox One. Like with the various other Minecraft versions, it has different exclusives but roughly the same concept at most. It can handle 4 players on the split screen, or 8 players online.

If your kid is a big Minecraft fan from the Java edition and the Pocket edition, this will be a great game for them to relax and learn how to survive in the wilderness and build stuff! Minecraft is a great game for nearly all ages and can also be relaxing for the parents!

Bring out the Marvel superhero fan in your child with this awesome LEGO videogame featuring more than 100 characters from the Marvel Universe. There are many LEGO characters included here, such as Captain America, Black Widow, Wolverine, Iron Man, Hulk, Spider-Man, as well as Thor’s brother, Loki, and even the funny Deadpool.

There are many locations to explore in this LEGO Marvel universe and you can use your heroes’ skills in order to finish tasks and beat up the bad guys. Some characters can also be customized to your liking. It also does have 2 player co-op so it has a simple multiplayer mode (locally).

Made with retro Pokemon-style pixel graphics, Stardew Valley is a cool game for those who like to farm and raise animals (kind of like Harvest Moon or Minecraft). It has various areas that you can touch and explore, such as combat, foraging, fishing, mining and farming (yep, definitely sounds like Minecraft, alright!).

If you like pixel games then this is a good Minecraft alternative or Harvest Moon counterpart. It has 30 characters to choose from and you can also interact with them throughout the year and week since they always have something unique to say.

The classic Rayman character comes to life in this Xbox One platformer. It features 4-player co-op and it also has online challenges to keep you motivated. There is also a Rayman Rocks mini-game that is kind of like a rhythm game (think Guitar Hero) if you’re up for it!

Ubisoft has made a fun game out of a funny TV show in this game. You can choose as any of the 20 Rabbids from the series and you can also play various challenges and mini-games with them to earn points. It also allows 4-player co-op and has a lot of unlockable items when you play and achieve stuff.

To wrap it up and summarize, the Xbox One is a powerful console for kids when it comes down to video games. These games are not only entertaining but may also be educational at some point. We hope you enjoyed our top picks for the best Xbox One games for kids! 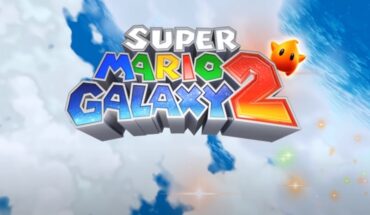